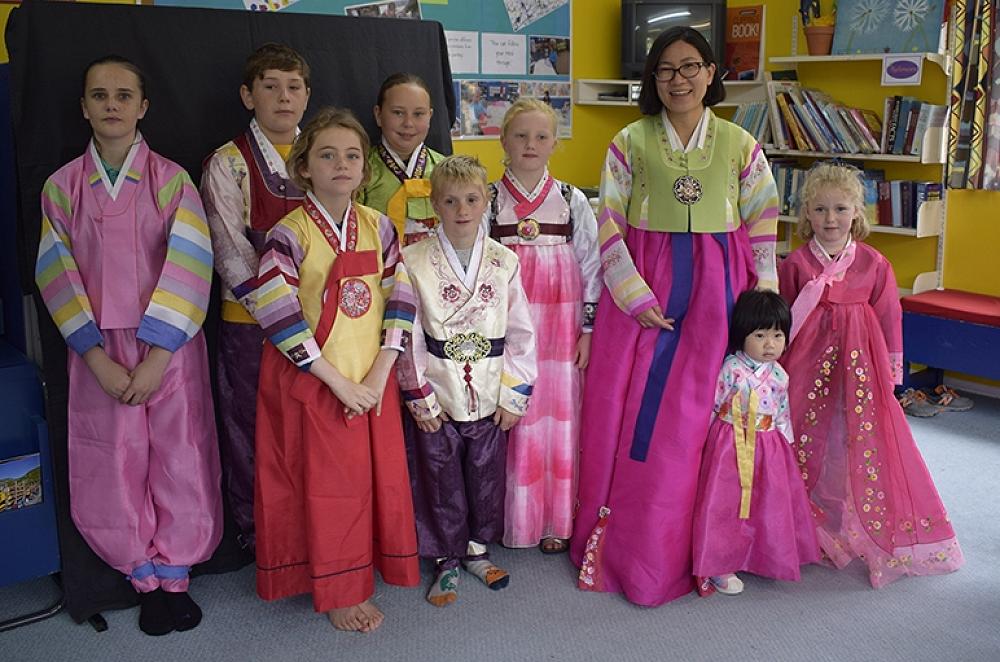 Students learning Korean with the VLN Primary and students from Kiwitea School recently enjoyed a Korean Cultural Day to expand their knowledge of the culture. Students experienced a variety of traditional events, such as games, fan making, calligraphy, playing instruments and savouring Korean foods.

VLN Primary eTeacher Sunny Yang worked closely with Kiwitea School to organise the event. Students from Taoroa School and Apiti School joined in also . The principal of The Korean School, Palmerston North, Heung Bae Jeon (Mr John), also participated, bringing along a range of traditional Korean games for the children to enjoy. Ginette, our VLN Primary national coordinator was also at school to help out and join in on the fun!

Student accounts of the day:

By Jake of Kiwitea School

Korean visitors and teachers visited Kiwitea School on Wednesday to teach Kiwitea School for a day. Why? Because they wanted to show us their culture. They showed us some of their favourite games to play. They were calligraphy, Knuckle bones, Flags, Parachute and Yut-nol-ii And last but not least dressing up in Korean clothes.

I found the dressing in traditional Korean clothing the most enjoyable. It was fun to try a different type of clothes rather than our normal dress. The costumes were very brightly coloured and made from soft leathery material. I wore purple pants and a pink top with a jacket over the top. Once we were in the costumes we tried to play traditional songs using drums.

I learnt a new board game which was fun. It was a bit like snakes and ladders. If someone jumped on you you had to go back to the start. The aim was to get both of the counters back to the start. Instead of using dice they used massive, loglike stick with crosses on them.

I enjoyed learning about the Korean Culture. I would like to learn more about the French culture also.

Kiwitea in Korea, By Olive

A rapid of colours hit Kiwitea on our Korean day. Students arrived, Korean people came and brought with them a buzz of excitement. Then went the bell, then second time. We all gathered in room two, got into our whanau groups and the visitors joined the groups. My group learnt how to write our names and say ‘Hi’ first. This is my name, 올리브 and this is ‘Hi’, 안녕. We made fans. Everyone’s fan had to have the Korean flag on it. We moved into the library to try wearing Korean traditional clothing. I tried a dress on and had a go at playing the Korean instruments. At lunch we tried two traditional dishes; Gim-bap and Chap-chay. Gim-bap is like sushi and Chap-chay is a noodle dish. I liked Chap-chay the best.

You can find out more about our Korean programme and enrol in online classes here.

Thanks to Asia New Zealand for their assistance with funding. 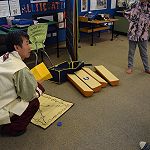 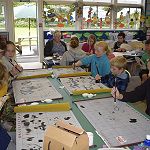